The Nikon Z30 mirrorless 20MP APS–C camera is designed for content creators and vloggers. The Z30 features many elements that are familiar from Nikon’s ‘DX’ models but focuses more on self-shot stills or videos.

The Z30 is Nikon’s third APS-C mirrorless camera to use the Z-mount. Nikon calls these smaller models ‘DX’, and the Z30 is the most committed to this cause.

It is conceptually very similar to Sony’s ZV-E10 model which is targeted at the exact same users. Both models are built around APSC sensors and feature articulated screens that allow the operator to appear on the video and stills they are shooting. Both include stereo microphones in their top plates, with the option of fitting ‘dead cat wind screens’ (a $10 accessory for Nikon), Both have front-facing footage and neither has an electronic viewfinder. Both also have red ‘tally lights at the front to indicate when they are recording.

The two cameras differ in two important ways. The Nikon can shoot 4K video at 30fps, while the Sony can only capture at 24fps before it must crop in. This makes it difficult to get the wide-angle view ideal for vlogging. Neither camera has an image-stabilized sensor. To reduce shake, the camera will crop in the footage to allow it to select different areas of the image.

The Sony offers a variety of video-focused colors, as well as multiple Log profiles for post-shoot editing. Nikon has a simpler profile called ‘Flat’. This less complex but more user-friendly option will likely be sufficient.

Another difference is the lack of a headphone socket on the Z30. This makes it impossible to monitor the audio being recorded. The on-screen audio level indicator can be used, but it doesn’t tell you if there’s any background noise or wind noise that could endanger your clip.

The Z30’s body is very similar to the Z50, except that the viewfinder has been removed and there’s a tally light on the right. The Z30 has a bit more: the hand grip is deeper, and the buttons on the top plates have been rearranged to make it easier for you to reach the REC button while you hold the camera up and face toward you.

As on the Z FC, the rear screen can be articulated to the side and engages self-portrait mode. The touchscreen controls are simplified for arm-length operation. Although this is an old feature on the Z30, it makes sense for this camera. The new feature is the ability to adjust exposure compensation, which is the brightness level that the camera is trying to maintain while in auto mode. You can adjust the exposure compensation to make sure your footage doesn’t look too bright or dark without needing to use one of the more complicated modes.

If you have used a Nikon before, the camera feels solid. The menus are simple and intuitive. You have access to 12 of the key settings and can also customize them to suit your needs.

The Z30 has the same EN-EL25 batteries as the two APS-C Z series cameras. It can take 330 shots per charge and achieves the same CIPA rating. These ratings are usually conservative so it is not unusual to get twice the number depending on how you shoot.

330 isn’t a high rating, but the Z30 can still be charged using its USB-C socket. If you have a powerful PD power source, it can also be used to charge a second battery.

We’ve heard it all: Nikon releases APS-C sensor Zmount cameras. It’s aimed at content creators, younger users, and vloggers. This claim was not supported by the Z50, but the Z FC had attractive aesthetics and a fully articulated screen. The Z30 is even more open, however, showing obvious signs (in the form stereo mics, tally lamps) that it was trying to accommodate vloggers.

It does a great job in this area. We are concerned that for every step made to simplify vlogging, there is an obvious additional step that would have made it even more enjoyable. Stereo mics can be a great addition to vlogging, but it doesn’t address the fact that the camera does not have a socket for headphones to test your audio. The idea of using a simplified self-portrait mode is great, but it’s not practical if it will be used for stills and video. I would argue that it should be updated to include audio monitoring or at least the option to add it. To check your levels, you will need to switch off self-portrait mode.

My initial impression is that Nikon has not yet thought about how a vlogging camera will be used, and instead created a product with this in mind. Sony’s “Product Showcase” autofocus mode uses face/eye detection mode unless an object is near the camera (i.e. a product or object being held up for the viewed). This clever idea shows that someone thought carefully about how the camera could be used. Nikon recommends that you turn off face detection if your goal is to hold the camera up.

Even though not all aspects of the Z30 are creator optimized, they still leave a positive impression. The 21MP sensor is reliable and can capture 4K/30p without cropping. The Nikon 16-50mm collapsible Zoom is a good little lens. It offers a usefully large angle of view and superior quality to any samples of Sony’s 16-50mm Power Zoom we have seen. The camera has many useful features, including the tally lamp as well as the ability to adjust exposure compensation using the auto mode.

The Z50’s Z50 features are still present in this model, including a comfortable grip and a well-designed twin dial control interface that includes well-placed function buttons. We remain concerned about the lack of suitable lenses. I find it difficult to imagine using the 40mm F2 full-frame prime as a 60mm equivalent on DX Z models. However, the promise of wide-angle zoom and primes of 24 and 26mm improves matters.

The Z30 seems to be capable of enough that Sony’s ZV-10E10 won’t be the default choice for social media bloggers and photographers who want more creative control than what their smartphone offers. We are eager to test it further. 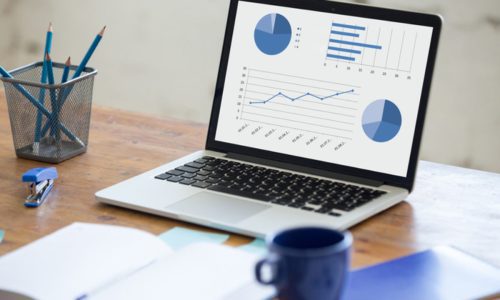 The Impact of Technology on an Organization’s Overall Evolution